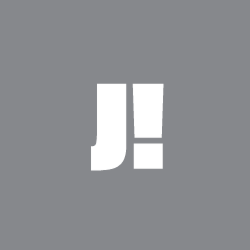 Guest
We welcome contributions from readers, on a range of issues and topics. Please get in touch if you'd like to write for us.

Latest posts by Guest (see all)

Do the names Zoella, Saccone-Joly, Tyler Oakley and Alfie Deyes mean anything to you? If you answered, “yes”, then we are going to guess that you have someone between the ages of 8 and 15 years living in your house! If you answered “no”, then read on to find out about the new media phenomenon that is taking the world by storm.

The world is divided into those who know about YouTube celebrities and those that don’t. Unless you’ve been living under a rock for the past ten years, you’ll know YouTube already. To upload a video, all you need is a Google account, a video camera or mobile phone, and then you can build your own ‘channel’, find your niche and promote your talent to the world. And this is exactly what many people have been doing since YouTube began ten years ago.

Gleam Futures are a UK media agency who coined the phrase ‘social talent’. They are a management and PR agency who develop, monetize and protect the UK rising stars on YouTube. Individuals signed to the agency produce content that covers beauty, fashion, cookery, fitness, comedy, music, advice, family life and more. Many of their clients produce ‘day in the life’ vlogs (video blogs), where they film seemingly every aspect of their daily life and edit this down into watchable time-slot chunks. Alternatively there are humorous prank and challenge style videos that viewers can try out with their friends, ‘how-to’ videos covering make-up and styling or even ‘haul’ videos which show recent purchases and recommendations.

These young and beautifuls are generally aged between 21 and 30 (a very small percentage are above this age category – there has yet to be a ‘trend’ to be established for the older and wiser YouTuber) and have been building up their on-screen presence for the last five years or so. It’s only in the last eighteen months that they have become more mainstream; probably around the same time more young people have gained access to internet in their own homes, and even their own bedrooms.

Content creators can monetize their videos (by becoming a ‘YouTube partner’ and allowing advertising next to or overlaid on the video as it is viewed online). To put this into real figures, approximately 1000 views of a monetized video will generate £1 in real money. This is their career – their job is to make, edit and upload videos to generate a salary. The money earned directly from YouTube advertising is just the tip of the iceberg.

The most watched channel owners are offered profitable deals,  and collaborate with brands to bring recommendations to their engaged audience. They experience (and video) lovely holidays to Disney World/Land, which they then show to their loyal fans. They launch beauty and fashion ranges for established brands who are trying to break into the lucrative teen/tween market. Book deals are on offer, often without the hassle of having to write the book, as this is done by a ghost writer, or team.

All of this is currently still an area of murky water, as many vloggers choose not to disclose sponsored content,  or actively attempt to mislead their viewers. Some promote products that may not be appropriate to their young audience, because of the actual product or the high price – such as the aforementioned Disney holiday.

For the older, more experienced viewer (and for those who see product placement or sponsorship deals in many different places) these videos are easy to spot, yet the younger, more influential fan may be swayed into believing that because their idol recommends the more expensive make-up product, then this is the only one they should purchase. These ‘ads’ aren’t as obvious as they are when watching commercial channels on television.

In 2014, five YouTube ads were banned after a journalist raised concerns about transparency. The UK advertising trade body IAB released new guidelines,  which state that sponsored product placements must be declared appropriately, so the audience is in no doubt that they are watching an “advert”. If the vlogger has been paid to bring a specific product to the attention of their audience, this must also be declared. The top vloggers have cleaned up their act in recent months (perhaps due to the advice from their managers) but sneaky advertising still goes on, and it continues to be difficult for young viewers to spot.

The lucrative careers of the “Gleam Team” has inspired an army of wannabe stars, but I believe that there was a right time, a right place and a right face, and few will be able to replicate their success. Other channel agencies and partner programmes have sprung up, however none have yet produced or managed a content creator to the level of the likes of Zoella (Zoe Sugg), Sprinkle of Glitter (Louise Pentland), Alfie Deyes, the SacconeJoly’s (Jonathan, Anna and their two children, Emilia and Eduardo), et al.

Sometimes the mask slips. Aside from the odd swear word slip which shows they are a little naughty, there’s a darker side to the fluffy on-screen niceness. On the internet we can all choose what we want to portray and most of the time it will be a happy, positive image. Discussions about sad or negative times are restricted to closer friends and family.

The most popular YouTube content creators tend not to talk about non-positive times in their lives and steer clear of sharing their opinion on politics, sexuality and money unless there is a current trend or need to do so. And because of this need to portray perfection there are many gossip communities dedicated to seeking out those times away from the camera where life isn’t as they show, with recent forum discussions including ghostwritten books, sexual abuse, secret divorces and affairs, speculation about sexuality and the mistreatment of children.

We all need someone to look up to, and to aspire to, but no one is perfect. Occasionally, YouTube heroes are seen to be less authentic versions of themselves and even their most dedicated fans notice when this happens (although they will still defend them to the bitter end).

The next generation need to be aware that not everyone can obtain millions of subscribers on YouTube and make a career out of filming their daily lives. I trust that the YouTube generation are investing their money wisely, because this type of fame is not infinite. They can just enjoy the unique, innovative and interesting ride. We, as parents, need to ensure that our own children are not presuming that this is a feasible career path, and can see the reality behind the glossy sheen.

With one finger on the pulse and the other on the keyboard, Nickie O’Hara  is not afraid to say it as she sees it. She works hard, is a true procrastinator, drinks wine, is occasionally published and is a Nana in her spare time. In the words of Raymond Babbitt: “She’s all sparkly. She looks like a holiday.”  Nickie blogs at www.iamtypecast.com