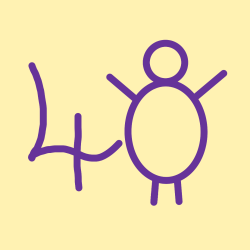 Sam Gouldson
Science Editor at Jump! Mag
Sam has worked as a forensic scientist as well as for the British government, and has degrees in both archaeology and osteoarchaeology. She has 2 children, is passionate about science, reading, history and music, and loves dyeing her hair bright colours!

On Thursday 15th October, the basement of the Science Museum in London was filled with 15 and 16 year olds competently assembling circuits, designing smart gadgets and using laser cutters and 3D printers to bring their creations to life. The atmosphere was buzzing, filled with the excited voices of young engineers as they traded ideas and competed to see who could build the most impressive device. This was the first #PrettyCurious workshop, and all the teenagers were young women.

Our book by Sam Gouldson on women in STEM, available in print and Kindle editions

Surprised? It’s understandable – in the UK a whopping 87% of the STEM (Science, Technology, Engineering and Mathematics) workforce is male. When someone asks you to picture an engineer, computer programmer or a scientist you probably think of a man.

And you’re not alone; when girls aged 11-16 were asked to name inspirational scientists, only two women made the top ten – 12% suggested Marie Curie, and just 1% thought of Rosalind Franklin. Research carried out by EDF Energy prior to the launch of their #Pretty Curious campaign showed that 32% of these girls think they’re not clever enough to become a scientist, despite science being the subject they enjoyed most.

EDF Energy want to change all that. One of the UK’s largest energy companies, they have a major stake in the future of the STEM workforce and are concerned that the exclusion of women will lead to a shortage of talent in the future. With that in mind, they’ve set up the #PrettyCurious campaign in the UK to demonstrate the fun and accessible side of STEM subjects as well as encouraging girls and young women who are already interested. Jump! Mag was invited to attend the first workshop, along with 50 students from five London schools: Emanuel School (Clapham), Azhar Academy (Forest Gate), Little Ilford School (Newham), Heathcote School (Chingford) and Evelyn Grace Academy (Brixton).

The day began with a talk by Alexandra Deschamps-Sonsino, a leading product designer and founder of designswarm. She explained the task for the day; the girls would divide into small teams of two and three and design an item to make their bedrooms both smarter and greener. Then they would build their item using LittleBits kits, laser cutters and 3D printers, before filming an advert for it and presenting their design to the rest of the students. If any tech assistance was needed it was on hand in the form of representatives from FabLabs and Fire Tech Camp, as well as EDF employees.

With an excited hubbub in the background as the students got started, I sat down with Fiona Jackson to talk about the #PrettyCurious campaign. As the Head of Strategic Resourcing at EDF, it’s her job to plan their workforce for the next 30 years or so, improving and increasing the levels of diversity and inclusion throughout the company.

Fiona is also the Chair of EDF’s Women’s Network and is passionate about encouraging girls’ interests in STEM. We discussed the reason the campaign was named #PrettyCurious, as it has caused some controversy. Fiona explained that it was intentionally subverting the idea that girls and young women are more pretty than they are intelligent, and added that it had tested well with over 2000 girls in the target age range (11-16 years). She also pointed out out that the name had drawn attention to the ‘softer’ side of STEM, such as the work involved in developing make-up, fabrics and other appearance-focused products stereotypically associated with girls and women.

Although EDF’s intake of female graduates is currently on a par with the national average at 13% of the workforce, Fiona pointed out that the proportion of girls joining their post-GCSE apprenticeship scheme was 8%, double the national average. EDF are also planning to launch a post-A-level scheme at some point in the future, and is a founder member of Women In Nuclear UK. They allow schools to take students on visits to nuclear power stations and also have a wealth of resources for teachers, home educators and parents on The Pod.

After chatting with Fiona I went to see what the students were working on. The wealth of ideas was amazing and their enthusiasm was infectious. One of my favourite designs included a pressure sensor on a chair linked to a light sensor and a desk-lamp; when you sat on the chair, if the light levels were too low the lamp would switch on.

Another ingenious idea was a smart box for hair straighteners; as you placed them inside it would automatically turn them off, then send an email to reassure you that they were no longer turned on. A third group came up with the idea of connecting your alarm clock to your lights and stereo, so that they would all come on together when it was time to get up. With 20 teams of young women in the room, there was a lot of ingenuity around!

We work better under pressure!

I spent some time talking with students about their experiences in STEM and what they thought of the day. Medina and Safiya from Little Ilford School explained that although they loved science and technology, before they arrived that morning they’d had no idea what the day would hold. They were so excited to be there and were having a great time; as I watched they connected an iPad to a circuit they’d just made so that they could play music through external speakers.  I asked some other students from the school whether they were finding it challenging to complete their design within the allotted timeframe.

I don’t see why girls can’t do science or engineering or maths – we can do whatever we want!

Amy, Lucy and Bella from Emanuel School were keen to discuss the idea that STEM subjects are male-dominated. They admitted that if asked to describe a scientist or engineer they would always picture a man, and mused that this made STEM subjects seem more boyish.

They acknowledged that there were generally fewer girls than boys in STEM classes at school, but were quick to point out that they personally had never felt discouraged from pursuing their interest in this area.

This is an attitude that’s shared by Jenny Griffiths, the founder and CEO of Snap Fashion. Along with biochemist, biologist and TV presenter Liz Bonnin, and cosmetic scientist Florence Adepoju, Jenny is one of the role models promoting the #PrettyCurious campaign. During our chat it emerged that before starting her Computer Science course at Bristol University, she had never written a line of code in her life. Although about a quarter of her fellow students were in the same position, Jenny was one of just two women out of around 120 on the course. She laughs about it now – “It was a steep learning curve!” – but initially she felt very disadvantaged.

I’m  happy to be involved with the #PrettyCurious campaign because it is so hands-on, instead of just talking about girls and women in STEM.

As a teenager Jenny’s interest in computer science was fired by films like Toy Story and Monsters Inc. She realised that the code that controlled the movements of a monster’s fur, or changed the facial expressions of a toy cowboy, would help her combine her creativity with her love of ICT. Ultimately this led to the creation of Snap Fashion; originally her Masters’ thesis, she spent 6 months writing the basic code for the app and then continued working on it until its launch a few years after she graduated.

Looking around the basement of the Science Museum I could see plenty of young women who will be following in the footsteps of Jenny, Alexandra, Florence and Liz. Their already considerable love for STEM seemed to have reached new heights, and I have no doubt that they in turn will enthuse and inspire their fellow students.

More #PrettyCurious workshops are taking place in Glasgow on the 3rd November, and in Bristol on the 25th November. A digital version of the workshops will soon be available on the #PrettyCurious site, and even more workshops will be held at nuclear power station visitor centres. A film about the campaign will be launched online and in UK cinemas later this autumn.

“A new drive is encouraging girls to study science. But is its name, Pretty Curious, sly marketing or sexist stereotyping?” … read more

… to promote women in science, technology and engineering.