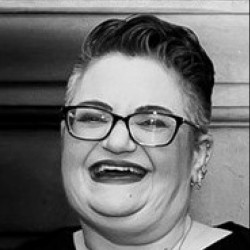 Tee
Tee is an American in Belfast. She is a Graphic and Fibre Artist and runs her own company. In her own words –

“My son, Adam, was born in June 2009.He’s the greatest thing I have ever done. And the hardest job I’ve ever had is being a Mummy. Tee is what my niece named me when she started to talk. Now half the world calls me Tee. The other half call me Byn. The last half call me Robyn. And I am terrible at maths”.

Latest posts by Tee (see all)

When Lynn Schreiber, our esteemed editor and chief, asked me to write a piece about how to raise a confident child I sort of went:  um, I dunno!

My son is, after all, not quite six and recently diagnosed with ASD.

But he is, despite not being quite six and with ASD, very confident.

Now to figure out how I did that.

Well, I’m not doing it alone, of course. My husband, his father, has a hand in it. And we do follow a few ‘rules’ that may be helping:

I also think I need to give credit where it’s due and mention his school. He goes to a regular mainstream school and attends a regular mainstream class. And from day 1, when they first suspected he may be autistic, they have been nothing but supportive. They helped me get him referred for an IEP and then for a diagnosis.

And his teachers have been amazing, willing to work with him to the best of their abilities, and his.

And, somehow, this combination of factors have come together to create the little boy who marched right up to his P2 teacher last September and say ‘Hi Mr Carson. Remember me? I’m Adam. I’m in your class today.’ To which Mr Carson replied ‘Hi Adam, of course I remember you! And I think you’re in my class every day this year!’

Then Adam went to gather his gang to play duck duck goose before the bell. Because some things are much more important than saying good bye to Mum and Dad on the first day of school.